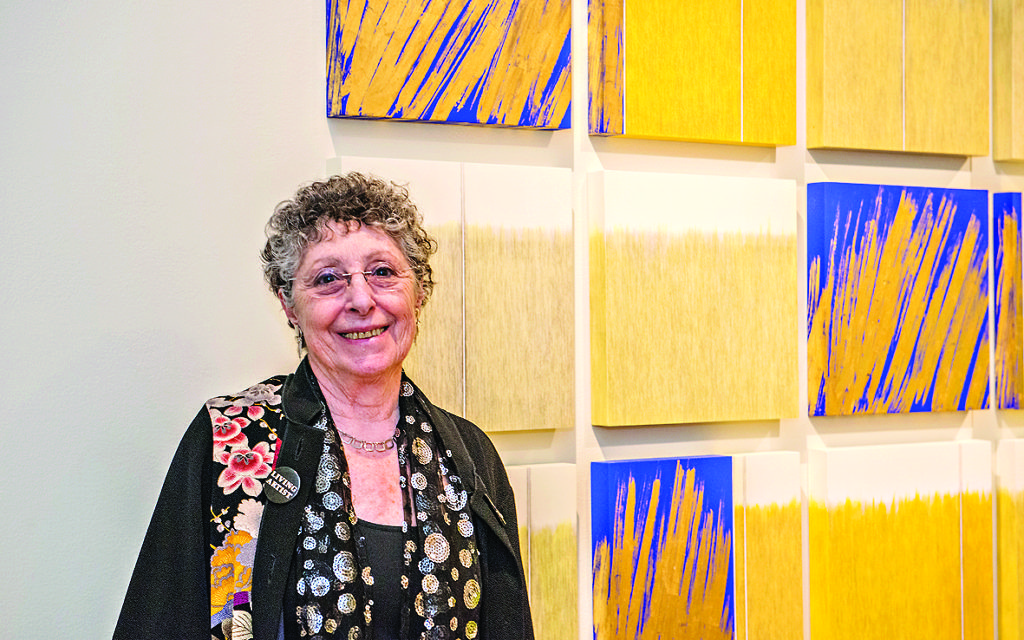 Rebecca Wallersteiner chats to Susan Schwalb, whose work will feature in the British Museum

Few contemporary artists can claim to see their pieces hang alongside the likes of Leonardo da Vinci, Holbein and Rembrandt, but from next week Susan Schwalb’s glittering silverpoint works will join the Old Masters at the British Museum.

The American-Jewish artist is one of a few living artists selected for Drawing In Silver And Gold, which runs from 10 September to 6 December and features works by some of the greatest artists from the late 14th century to the present day.

The exhibition is a collaboration with Washington’s National Gallery of Art, where it was shown to huge acclaim in May, before transferring to London.

Explaining the technique, Schwalb says: “Silverpoint is a method of drawing with a piece of silver on a prepared surface. As the silver passes across the paper, it leaves a thin deposit in the material used for the ground. A very sure hand is required because no erasure is possible.”

Schwalb first became fascinated by silverpoint in 1974 during a summer holiday in the Hamptons, after observing a fellow artist working in this medium.  She decided to give it a try and became hooked.

However, in contrast to many earlier artists who drew with a metal stylus using a precise, delicate line, Schwalb prefers to work in a more experimental style.

In the 1980s, she began to introduce the dramatic elements of smoke and fire into her work to create a beautiful, charred effect. She scratched and tore into her paper to achieve an ephemeral, abstract impression.

No doubt Rembrandt and Leonardo would admire her artistic courage in taking these risks – literally playing with fire to create her art. For many years a celebrated figure in Israel’s artistic communities, Schwalb has held two residencies at the Mishkenot Sha’ananim, Jerusalem, and the Tel Aviv Artist studios.

Her work is held in public collections, including the Israel Museum, Jerusalem, the Metropolitan Museum of Art, New York, The National Gallery of Washington DC and the British Museum in London.

• Drawing in Silver and Gold: Leonardo to Jasper Johns runs from 10 September to 6 December at the British Museum.

Schwalb will demonstrate her silverpoint techniques at JW3 on 11 November at 2pm.