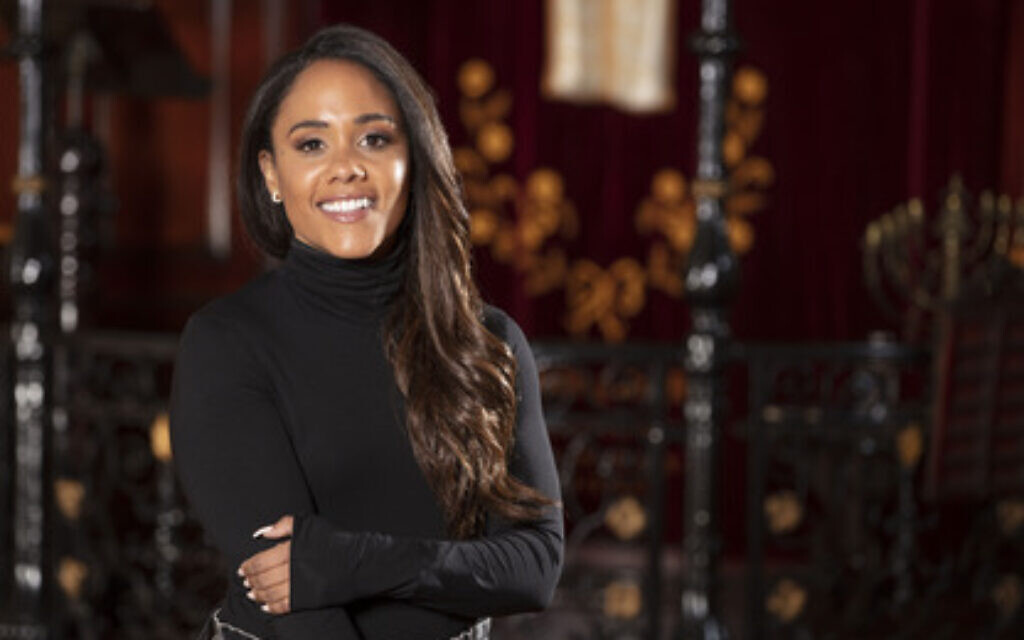 Football pundit and former footballer Alex Scott, pictured at Sandys Row Synagogue - the oldest Ashkenazi synagogue in London - discovers her Jewish roots in the new series of Who Do You Think You Are?

Alex Scott admits having walked past the Cable Street Mural in East London a countless number of times without ever knowing the history it represented – or even “caring about it”.

But that has all dramatically changed since the TV presenter and former football player discovered how her Jewish great-grandfather was one of many caught up in the infamous 1936 fight against the fascists.

The 37-year-old’s fascinating journey into her Jewish roots features on tonight’s episode of BBC One’s Who Do You Think You Are?

Scott, who presents BBC Football Focus, hears for the first time about her maternal great-grandfather, Philip Gittleson, whose parents Morris and Dora came over from Zagare in Lithuania in the late 1900s to escape the pogroms.

Her eyes widen as her mother, Carol McKee, speaks for the first time about the family’s Jewish heritage.

“We still celebrated the Jewish holidays, even though we weren’t raised as strict Jewish,” she tells her surprised daughter.

Of Carol’s grandfather, who was known lovingly as Philip G, she says: “He was just a character. He was a bookie’s runner, someone who took illegal bets. The police used to get annoyed because they could never catch him. That’s where you get your running from. He was sporty – he had to be, to run away from the police!”

Scott’s journey into the past takes her first to Sandys Row, London’s oldest Ashkenazi synagogue, where she admits to never having stepped foot inside a synagogue before. Historian Alan Dean tells her that at the time Morris and Dora travelled to Britain, they did so against a backdrop of violent antisemitic attacks and pogroms.

“You’re just fleeing for the hope for better,” she reflects.

But life for the Gittlesons was far from easy. A 1911 census report shows how the family of nine squeezed into just two rooms of accommodation. 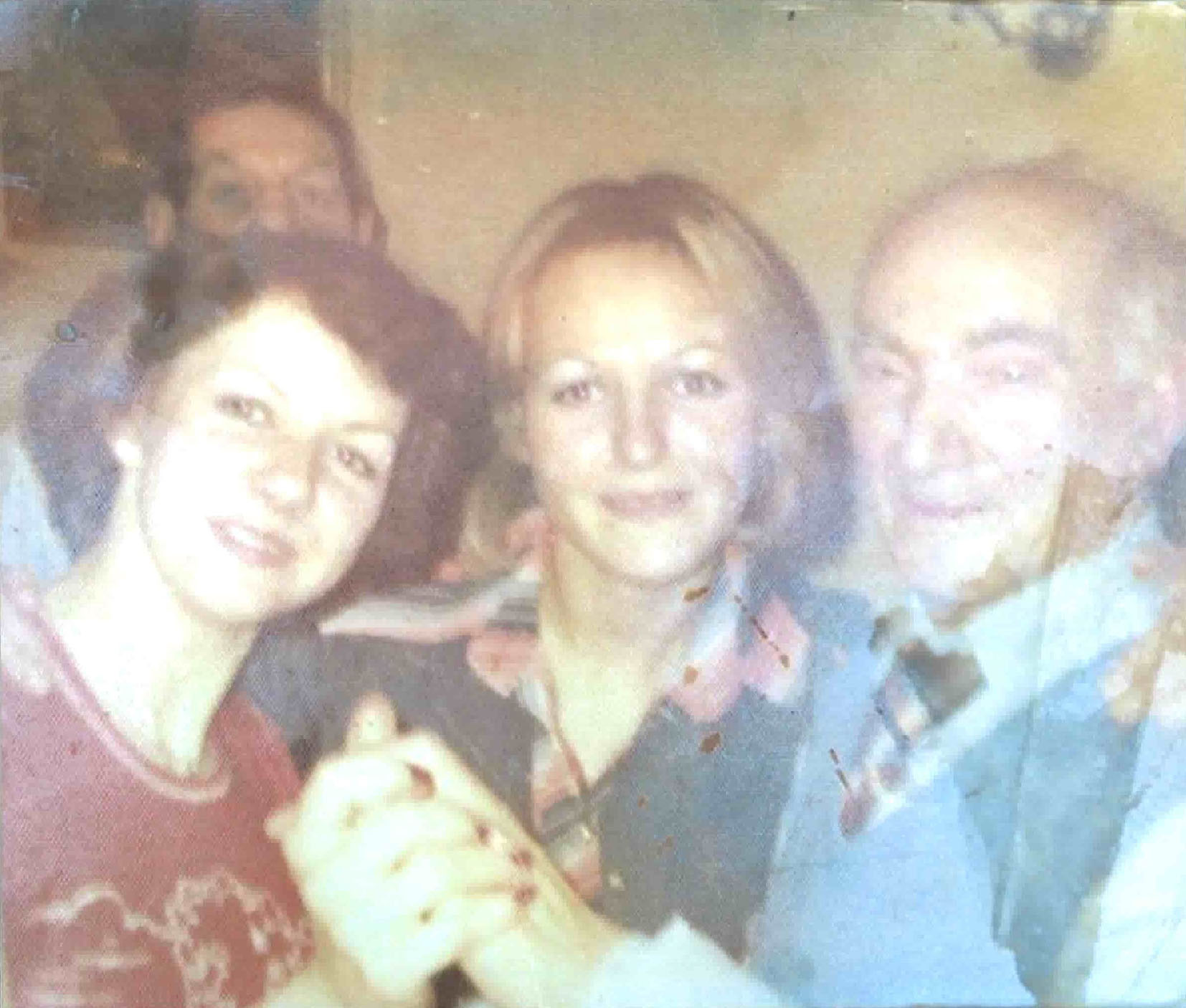 Alex’s Jewish great-grandfather, Philip Gittleson (pictured right), was caught up in the Battle of Cable Street

They also lived on Georges Street, now The Highway, which fell just outside the main concentration of streets where Jewish families settled at that time.

Historian Tony Kushner tells her: “This was a largely non-Jewish area, but also an area with strong hostility to newcomers. There were riots against the Jews settling in the area at the turn of the century.”

Scott is struck by the thought that her family “fled Lithuania because of that fear [of persecution]…and now they were experiencing it all over again”, especially following the establishment of the British Union of Fascists (BUF) in 1932.

Led by Oswald Mosley, the BUF played on antisemitic anxieties about unemployment and poverty during the Great Depression.

Elsewhere in the episode, Scott discovers how Philip’s 41-year-old brother Abraham was sent to Colney Hatch Lunatic Asylum in 1934 suffering from mental health issues, including “delusions of persecution.” 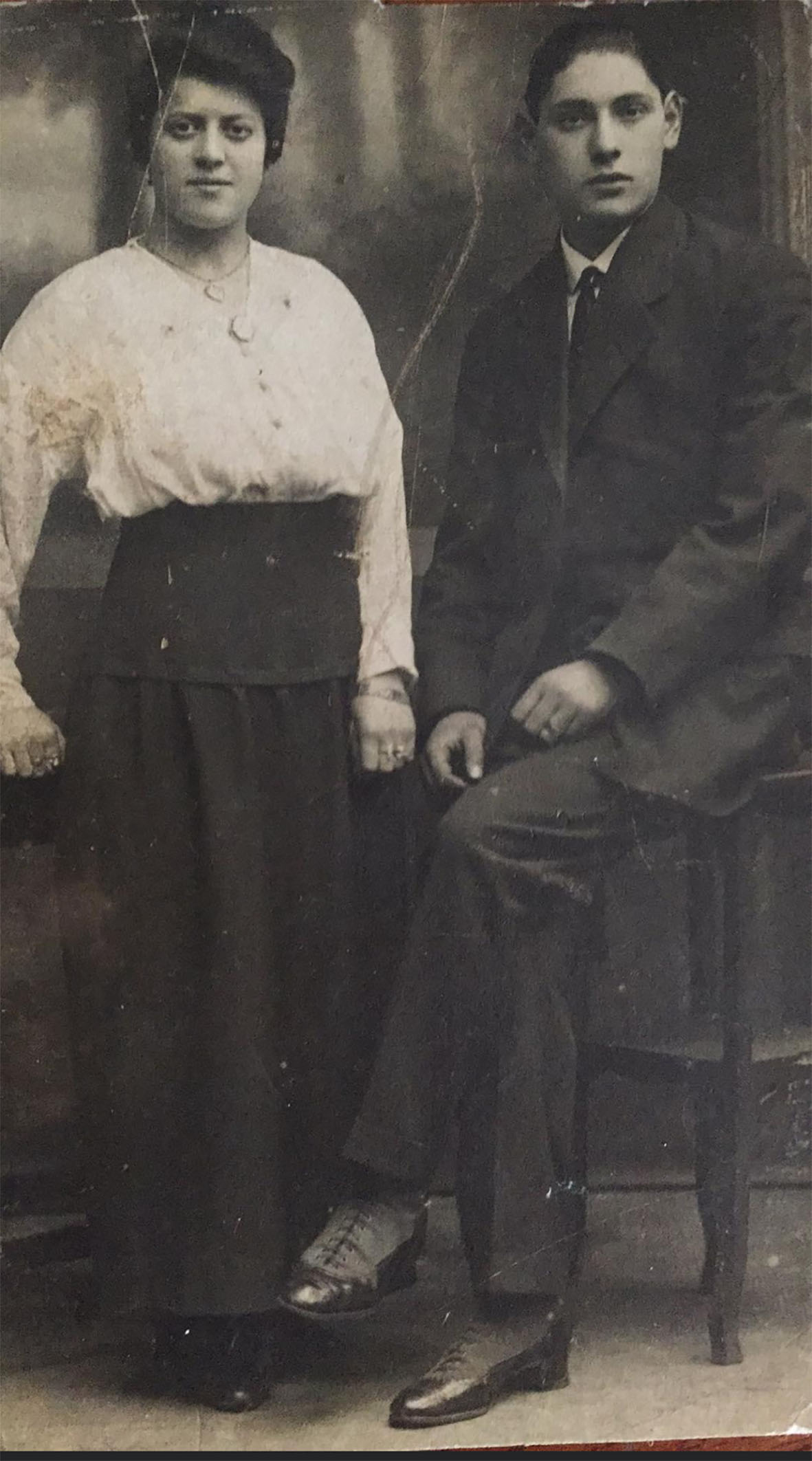 Expert Vicki Long tells her the condition “might reflect some of his lived experience.”

She says of Abraham, who would spend 30 years at Colney Hatch Lunatic Asylum: “It seems quite likely that he will have encountered a fair amount of antisemitic prejudice because Oswald Mosley’s British Union of Fascists are pretty active at that point in time.”

Scott is fascinated as she learns about the Battle of Cable Street, having heard anecdotally from a relative that Philip G was wounded during the violent melee that took place on 4 October 1936.

As Mosley and his Blackshirt supporters attempted to march through the streets inhabited by the East End’s Jewish community, thousands of anti-fascists built barricades and roadblocks to stop them proceeding.

As Kushner tells Scott, the events unfolded “right on the doorstep” of her great-grandfather, but surprisingly it was more likely he was attacked by the police, rather than fascists.

Referring to antisemitic sentiments held by some officers, he explains: “Police-minority relations had tensions way before today.”

Scott says she feels “a sense of pride to know my family went through that.”

She adds: “I had this whole family that was part of this bigger thing – fighting for better, so that someone like me can walk around the East End of London with freedom, not looking over my shoulder and having the stress that they went through.

“To understand my mum’s family were a part of that is something special.”

Who Do You Think You Are airs tonight (Tuesday), 9pm on BBC One and is available on BBC iPlayer