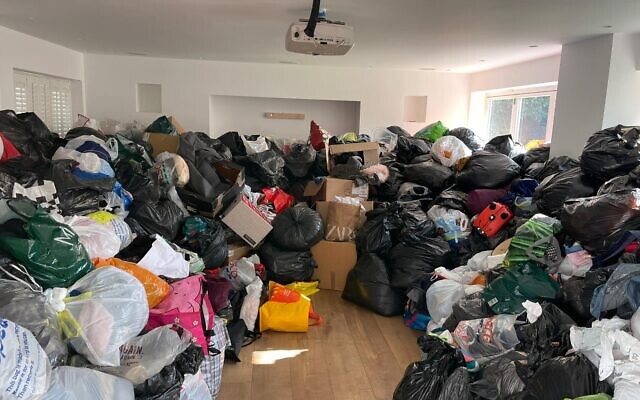 Newly arrived Afghan families have expressed their appreciation to the local Jewish community which has donated hundreds of essential items in order to help those who have escaped the Taliban.

Members of the Jewish community in Bushey used Monday evening to distribute clothes and toiletries to around 42 Afghan families, most with young children, who have been placed locally.

Laurence Brass, Liberal Democrat councillor for Bushey North at Hertfordshire County Council, contacted a synagogue in the area to appeal for needed items for those who have recently arrived in the UK.

After hundreds of bags of donations were received, volunteers filled suitcases with essentials for each family – including baby bottles, nappies and sanitary products.

Among those collecting items was a father-of-four from Jalalabad, who had been evacuated with his wife and children because he worked as an interpreter for the British forces in Afghanistan.

The 36-year-old, who is not being named to protect his identity, told the PA news agency: “It has been a tough situation for us to leave the country.

“We have a lot of friends stuck in Afghanistan, a lot of them are interpreters, and they are still stuck there.

“I hope the (UK) Government can help these people because the Taliban will find them and kill them.” 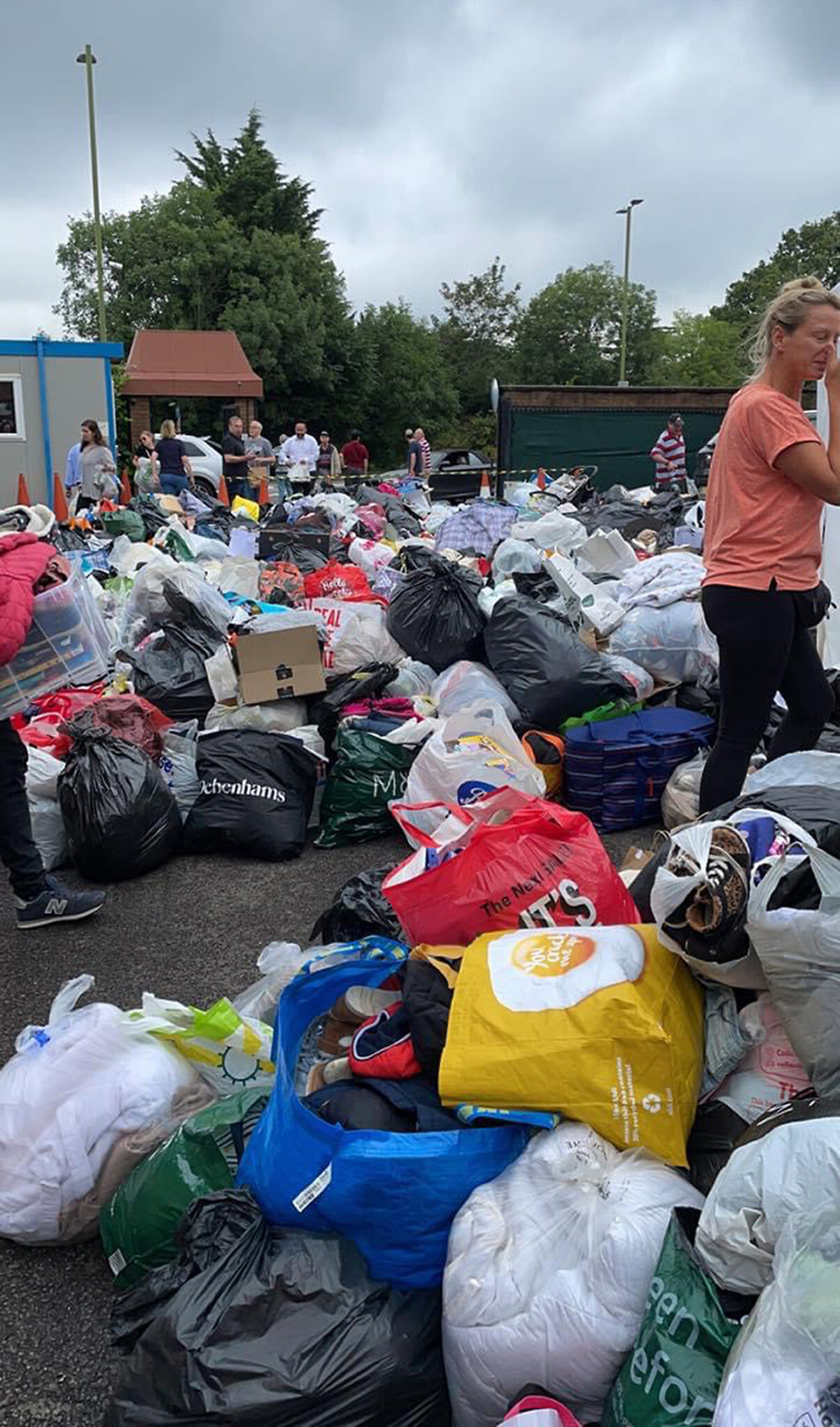 Items that have been donated to Bushey United Synagogue in Hertfordshire for newly arrived Afghan families to the area after a Facebook request was met with “a tremendous act of love” from the local community. Issue date: Sunday August 22, 2021.

The 36-year-old said he fears for those with links to the British and for his family, who are still currently in Afghanistan.

“The Taliban are searching home by home for people who worked with the British forces,” he said.

“My family, my parents, are stuck in Afghanistan. And because the Taliban know everything, they have intelligence, my family are really in a bad situation there.

“They are afraid to leave their home.”

The father-of-four said he was “really thankful” to those making donations in order to help him and his children since their arrival in the UK.

He added: “My message to all the British people is that they have helped, and we really, really appreciate it.”

Items donated to the newly arrived families included children’s scooters, pushchairs and bikes, while there were stacks of shoes and clothes ready to be picked up by those in need on Monday evening.

On the amount of donations delivered to the synagogue, Mr Brass said: “It has been just bedlam. 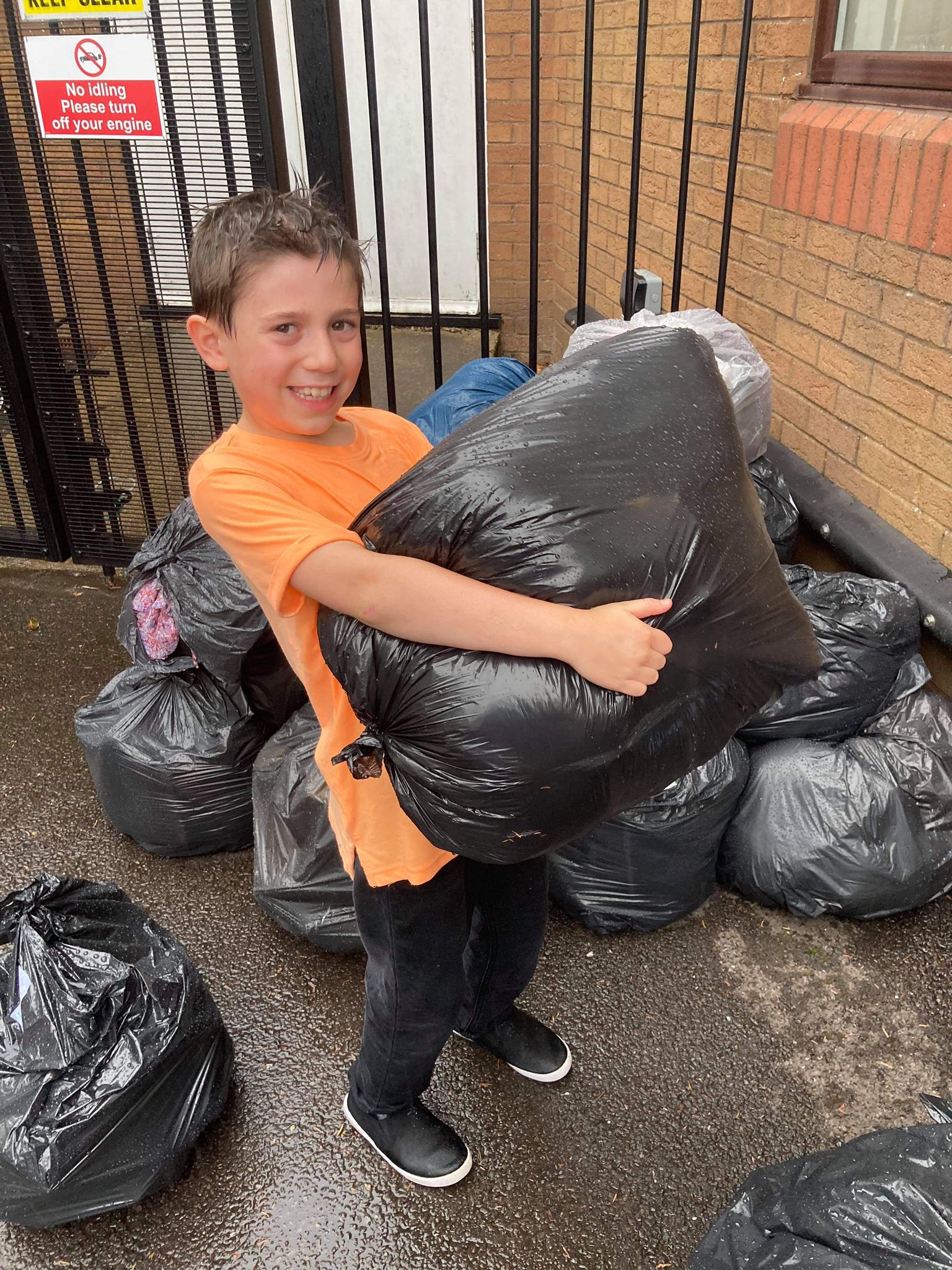 Elijah, 8, helping with the collection of items at Bushey Synagogue. Lots of hands make light work!

“The Bushey community, from all religions, all parts of Bushey, have been so welcoming – it’s just lovely.”

Rabbi Elchonon Feldman, of the Bushey United Synagogue in Hertfordshire, sent a message to worshippers on a private Facebook page on Thursday night.

Donations then packed out the venue’s car park by Sunday lunchtime, with anything left over set to go to other charities.

Volunteers said items still sought included electronic equipment, such as laptops and mobile phones, to enable those forced to flee to communicate with their families.