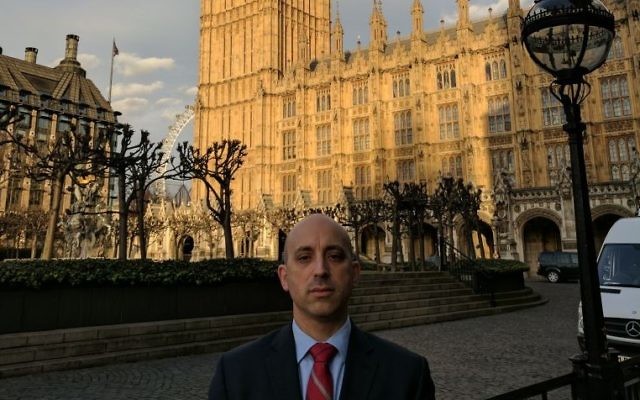 Jonathan Greenblatt in London, outside the Houses of Parliament

The director of the New York-based Anti-Defamation League (ADL), Jonathan Greenblatt, has called for “a fully resourced investigation by the Department of Justice” into the wave of hate crimes directed against the American Jewish community.

These have included numerous hoax bomb threats against Jewish schools and community centres, as well as at least four directed at ADL regional offices on Tuesday.

Greenblatt, who served in Barack Obama’s White House as his special assistant and director of the Office of Social Innovation and Civic Participation, has a simple job description for his current post, which he took up in summer 2015 — “to protect the Jewish people”.

He was in London this week to address the All-Party Parliamentary Group on Counter-Extremism and to meet Jewish community leaders at central London’s Centre for Jewish Life. He spoke to Jewish News as a constant stream of reports filtered in to his open laptop; despite last week’s arrest of a suspect for many of the hoax bomb threats, there is no sign of the current spike in anti-Semitism abating.

He appealed to the president about the Countering Violent Extremism programme. “There are rumours it would be reduced to focus solely on radical Islam; that is a problem in the US as it is around the world, but we think the programme must encompass neo-Nazis and white supremacists.”

Greenblatt warned that the Jewish community worldwide was “sailing in uncharted waters” and said he would use the “privilege” of speaking to British parliamentarians to share American Jews’ experience.

During last year’s US election campaign, Greenblatt said: “We saw rhetoric from the extreme right move from the margins to the mainstream. We saw some of their tropes come out of the shadows and find their way into the Twitter feeds of the candidates.” 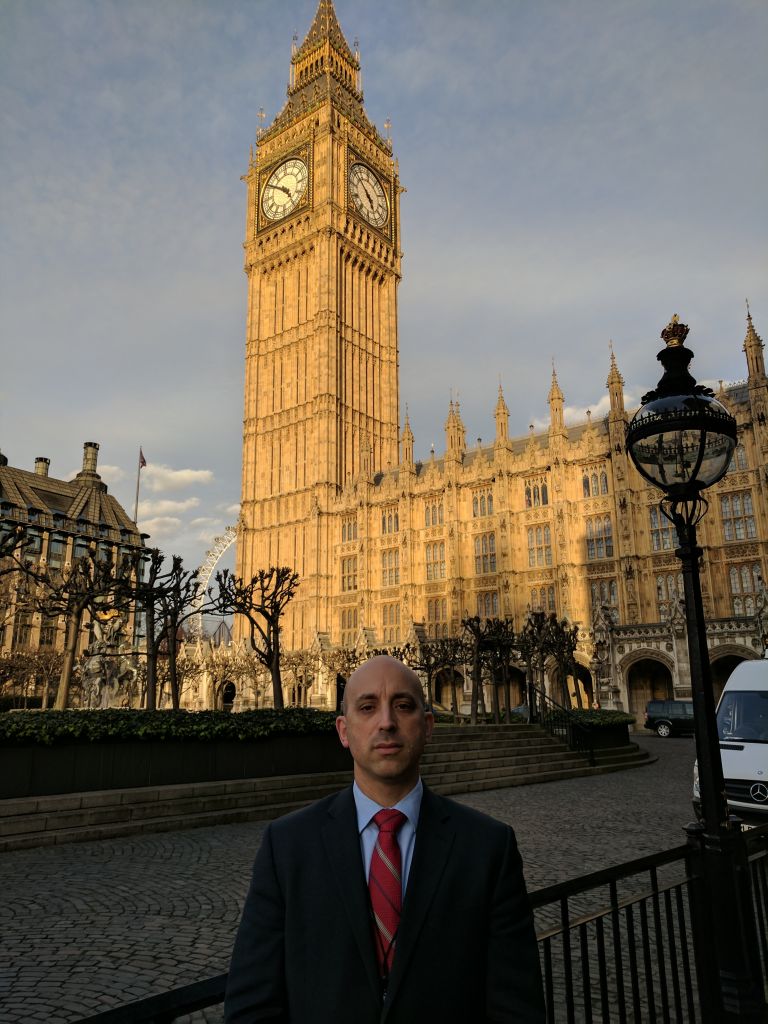 Jonathan Greenblatt in London, outside the Houses of Parliament

The ADL channelled much of its energies into analysing social media, particularly Twitter, where it discovered more than 2.6 million anti-Semitic messages in the previous 12 months. “The nature of the abuse was horrendous,” said Greenblatt, noting the embrace of technology by the “alt-right” had shifted “from white hoods to smartphones”.

He believed extremists in the US had exploited the First Amendment of the US Constitution — free speech — and said US law had not caught up with the manipulation of technology by those who dealt in hate abuse. “We would like to see new legislation that will create real penalties for those who do these things online,” he said.

Although reluctant to pin Trump directly with the responsibility for the surge in hate crime, Greenblatt did say that “words have consequences. A statement like that issued on Holocaust Remembrance Day, which did not mention the six million Jews who were slaughtered sent something of a signal to anti-Semites. Or when asked by a friendly Jewish reporter about antiSemitism, and you shout that person down, that sends signals”.

He added: “We were very frustrated that the Administration had not called this out sooner, firmly and forcibly,” and said Trump’s recent denunciation of anti-Semitic attacks, made during a visit to an African-American gathering, was very important, and praised Vice-President Pence for his visit to Dachau and his vigorous denunciation of the attacks.

“What we would like to see is how Trump shifts from saying it’s offensive to take measures to deal with the offence.”