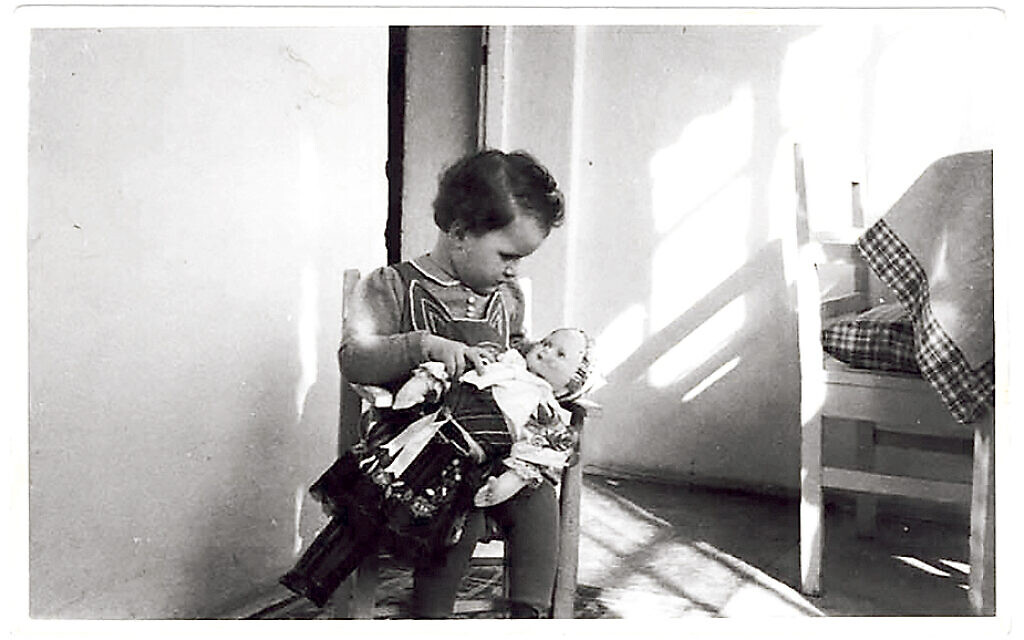 Daisy Leier with her doll Tonicksa

In her book When Hitler Stole Pink Rabbit, the late author Judith Kerr shed poetic light on the impact of leaving her beloved toy behind when her family (pictured, right) were forced to leave Berlin in 1933. Although far greater tragedies were witnessed and experienced by children, among the many deliberate crimes committed by Nazis was the confiscating of playthings. Of those children who did survive the war, by using false identities or hiding, a few still possessed a treasured toy. These had become ‘security blankets’, surrogate friends and escape mechanisms into imaginary worlds, free from fear. Now housed in many Jewish museums across the world, these toys are preserved to remind us all that there was a time when Chanukah, and indeed all Jewish festivals, looked very different. 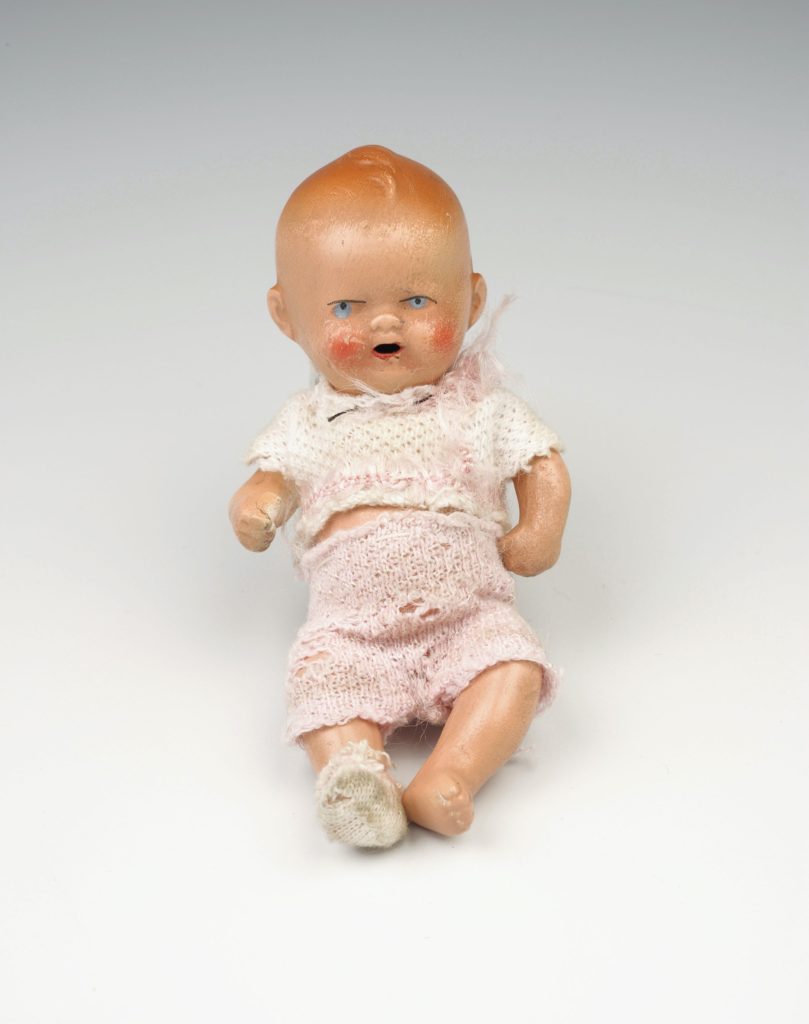 Consider Edith Rothschild’s doll. She lives not in a pretty house, nor in Edith’s bedroom, but in a glass case at the Jewish Museum London.

A childless toy can be an emotive sight – one glimpse of a rain-soaked teddy draped over a railing and it’s hard not to dwell on how upset the child must feel. Imagine, then, the feelings on seeing Edith’s doll and learning that she’s there because she was the young girl’s constant companion throughout the Holocaust.

The doll, wearing remnants of a knitted outfit, tells one of many moving stories about the importance of toys in the lives of Jewish children during the
Nazi regime.

Edith, from Frankfurt, travelled to Britain in May 1939 on the Kindertransport. She had to smuggle her precious ‘baby’ in her luggage, since her mother told her she was too old for dolls. On arrival, Edith was fostered by a family in Cambridge and it wasn’t until 1943 that she was reunited with her father; her mother didn’t survive the war. Edith kept her doll all her life and then it was donated to the museum. 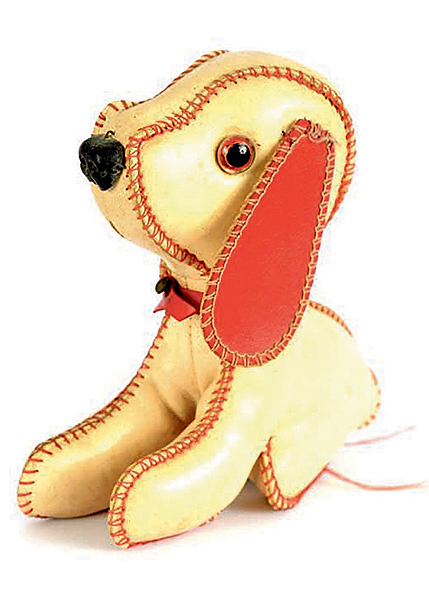 Betty Waterman was born in 1940. When she was just two, her parents sent her to a Christian children’s home in Utrecht, wrapped in a blanket with a name tag
and clutching a toy dog.

Later, Betty was smuggled from the home to stay with the Tinholts, members of the Dutch underground, where she hid until the war ended.

Her parents managed to survive the war, located the Tinholts and were reunited with their daughter and her toy dog.

The dog is housed in Yad Vashem.

Fred Lessing’s teddy, known as the ‘Mona Lisa’ of Yad Vashem, as it stops visitors in their tracks at first sight, was given to him by his mother when she hid him with friends.

When she next visited, he was upset that the family’s dog had pulled off the bear’s head. She hurriedly fashioned a replacement out of a patch from her little boy’s jacket.

He kept the teddy safe the rest of his life and donated it to Yad Vashem.

Daisy Leier was born into a wealthy Slovakian family who had a non-Jewish maid whom Daisy called Tonka. When she was two, Tonka gave her a doll dressed in traditional Slovakian clothes she’d made by hand. Daisy named her ‘Tonicska’.

In 1943, her parents hid her at Tonka’s family home and Daisy, the doll and Tonka all stayed safe. After liberation, Daisy, then seven, learned that her parents had been deported to Auschwitz and murdered. Daisy treasured her doll, especially when she had to leave Tonka to live with relatives. She emigrated to Canada, married and had two children. She donated Tonicska to the Montreal Holocaust Museum, where she can still be seen today. 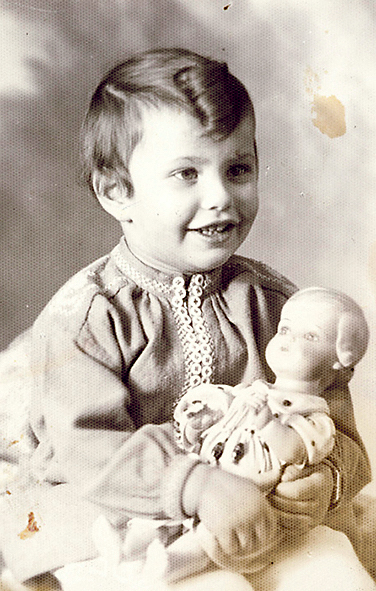 Lore Stern with her doll Inge

Lore Stern was a year old when Kristallnacht occurred and her father Markus was arrested and sent to Buchenwald. Neighbours hid Lore, already in her pyjamas, and her mother. Markus was released on the condition he leave Germany immediately, so he went to the US and managed to get visas for his family. Lore took Inge, a doll her grandmother gave her, on the voyage to New York. Inge wore the pyjamas that Lore had worn on Kristallnacht but had since outgrown.

Lore emigrated to Israel and donated Inge – in her pyjamas – to Yad Vashem.

• On 1 December, the Jewish Museum is doing a livestreamed Chanukah candle lighting at 4pm and a virtual tour showcasing rare Chanukah lamps from 6pm to 7pm. More information can be found at jewishmuseum.org.uk/events

Jewish innovators are among the world’s most influential people in the toy industry, creating some of the most-loved toys and toy shops. 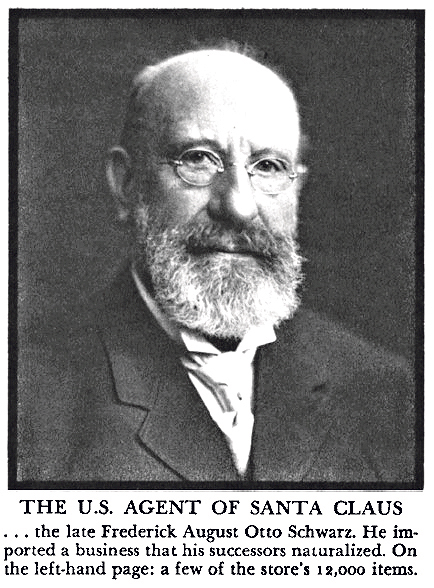 German-born Frederick August Otto Schwarz founded FAO Schwarz in 1862. Frederick’s original shop was in Baltimore, but the New York branch opened in 1869. The first store to have a ‘live’ Santa, it’s seared into the American psyche. It has been likened to The Nutcracker in shop form and stands, proud as a wooden soldier, in Rockefeller Plaza today. It was immortalised in the film Big, when Tom Hanks and Robert Loggia performed a duet scene on its giant floor piano.

Schwarz’s genius lay in understanding the magic of Christmas and recognising that folk would pay more for unique gifts. His toys were top quality, ergo expensive, yet their tags bore no prices, just a mysterious code called Borgenicht – German for ‘never borrow’ – and known only to its employees. This meant that shoppers had to enquire as to the price or simply hand over their cash.

Bertha ‘Beatrice’ Alexander Behrman, daughter of a Russian émigré, was a pioneering doll-maker in the male-dominated toy industry. Having helped in her family’s Manhattan doll hospital in the early 1900s, she decided that dolls should
be played with and loved without fear of them breaking. She began designing
soft, tactile ‘Red Cross Nurse’ rag dolls and, by 1923, had founded the Madame Alexander Doll Co, making dolls that would last, unlike the fragile porcelain
ones she’d once helped to mend. Her famous dolls have been part of American life for generations ever since.

Ruth Handler with her husband and the doll for all time

Barbie was founded in 1959 by Ruth Handler, a visionary entrepreneur, inspired by watching her daughter project her dreams and aspirations onto paper dolls.

Spotting a gap in the market, which was then only producing baby dolls for girls to play with, Ruth invented a fashion doll called Barbie that they could use to envisage their future selves.

Ruth’s philosophy was that her doll should be empowering, allowing girls to be anything they wanted to be. Over time, Barbie has moved on from the original hourglass-figured, swim-suited princess of 1959.

Ruth would be gratified to see her ‘girls can be anything’ ethos writ large on Jewish Barbie, complete with tefillin and Torah accessories, and loads of Pinterest followers. Ditto Music Producer Barbie and Arctic Explorer Barbie.