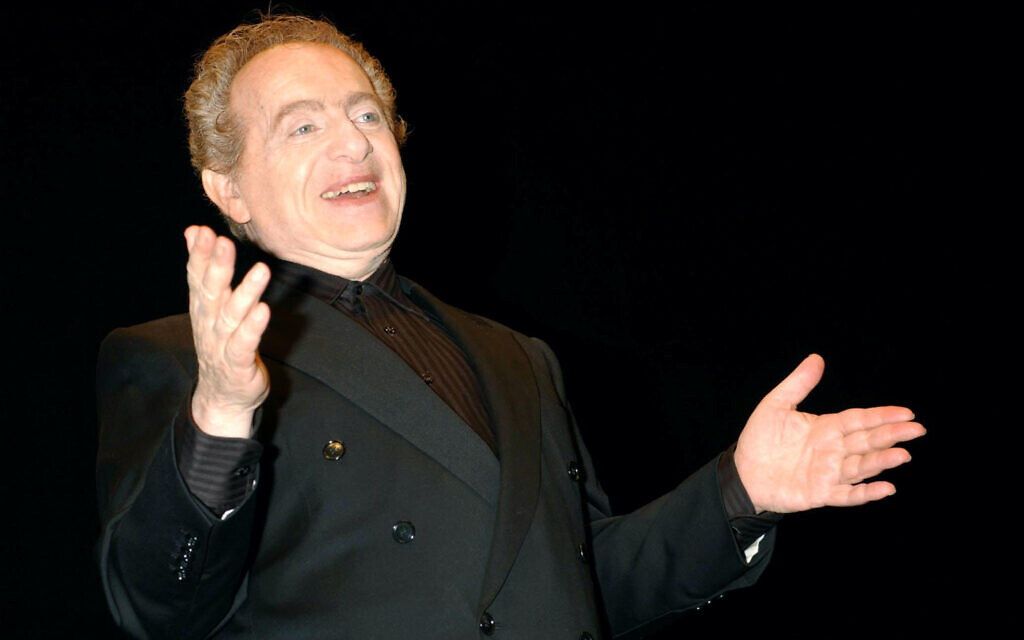 A comic genius and a pain in the ass. This man could get a laugh reading the weather. His rhythms and delivery were master classes in comedy. Farewell Jackie. Farewell.”

This heartfelt Twitter response from American actor and playwright Harvey Fierstein was one of surprisingly few performers acknowledging the passing of comedian Jackie Mason.

Outside of TV and radio bulletins, the other US mirth makers who acknowledged the death of the 93-year-old former rabbi turned stand-up, included Seinfeld’s Jason Alexander, who wrote:

“I took my folks to see Jackie Mason on Broadway twice. I have never seen them laugh harder. A comic from a different time but one of the best. Mister. I’m talkin’ to you. #RIPJackieMason” and Henry Winkler, who tweeted: “Truly one of the funniest shows I have ever seen .. ever .. thank you Jackie and now you get to make heaven laugh”.

But the slow flow of traffic commending the comic says more about the state of comedy than it does about Jackie. 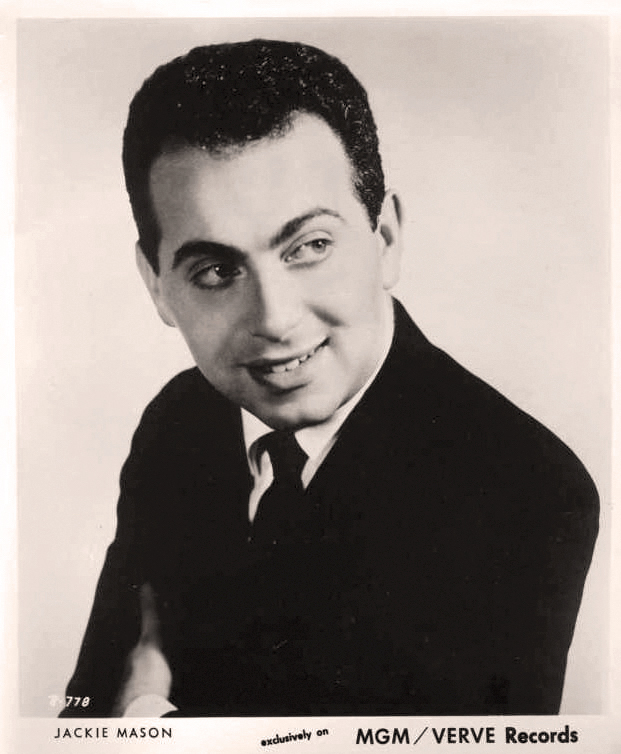 Jackie Mason, in his younger days

As a product of a bygone Borscht Belt era, Jackie Mason was once the funniest Jew alive, only to be rivalled by the 2,000 Year Old Man.

Shamelessly exposing all that was insufferable and embarrassing about Jewish behaviour in jokes we loved, he also won over non-Jews with his heimishe insight.

Remarkably, no one got upset or waved a placard about prejudice or insisted he was cancelled. How could they? Jackie was a comedy rock star, with rock star fans and I once sat behind Rolling Stone’s Ronnie Wood doubled up in hysterics at one of Jackie’s shows. But that was when laughter was allowed at anyone’s expense.

Having waved goodbye to those heady days of uncensored humour, opinionated Jackie – also a vocal supporter of Israel – was no longer acceptable to the woke crowd.

It might be because old comedians sleep a lot, but they are not essential to mainstream channels and have been reduced to talking heads on nostalgia shows.

And if you’re a Trump supporter who tells jokes – well,  Fuhgeddaboutit as urban New Yorkers say, and  Jackie, then in the winter of his life, realised the comedy world was closed.

With his headliner years behind him, there was only one thing to do – create his own splashes – which he did at the invitation of Jewish News where, love him or loathe him, he was always worth a look.

That there was no (and never will be) a British Jewish equivalent of Jackie on the UK circuit is not a mystery to those who still don’t understand why ‘Shabbas’ is never said on Friday Night Dinner. We embraced Jackie here so that British audiences could appreciate how funny Jews can be when TV commissioners aren’t involved. 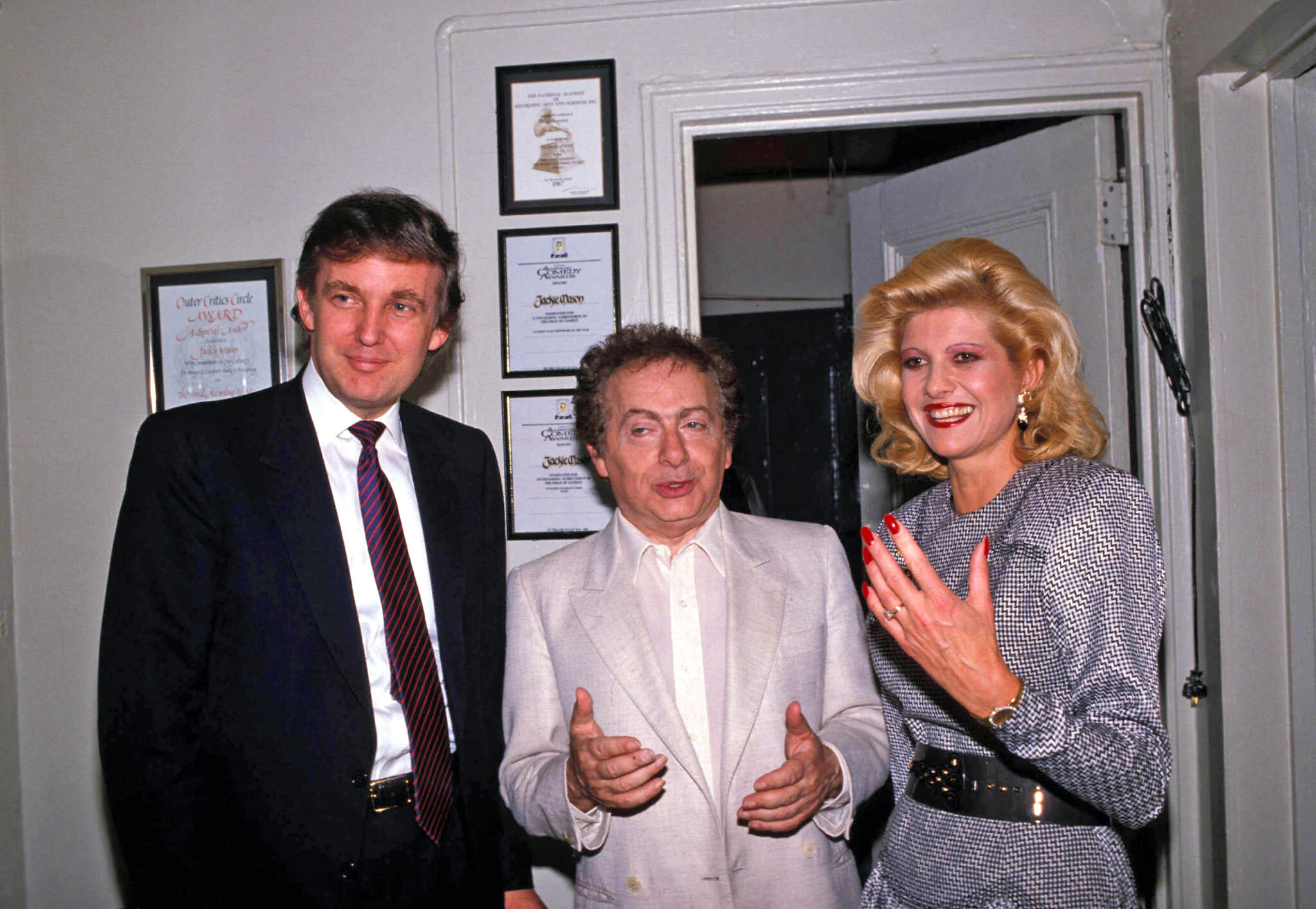 Talking to Mr Mason and his wife Jyll frequently was fun, but not when they had the builders in or on Zoom, which was never simple (“Can you see me, darlink? What about now?”

Away from the computer, Jackie’s written response in features aligned to festivals were erudite and refreshing, particularly for a nonagenarian who remembered his own jokes about Roosevelt.

Jackie wasn’t bothered by his political opponents either, and pipped his Jewish critics to the post when he wrote a Passover column in Jewish News in 2020 in which he wrote: “And I would like to add a fifth question to the existing Passover four. Why can’t Jews stop preaching Jewish hatred? I’m pretty certain that those most likely to hate me and disagree after reading this will be Jewish people – which proves my point.” 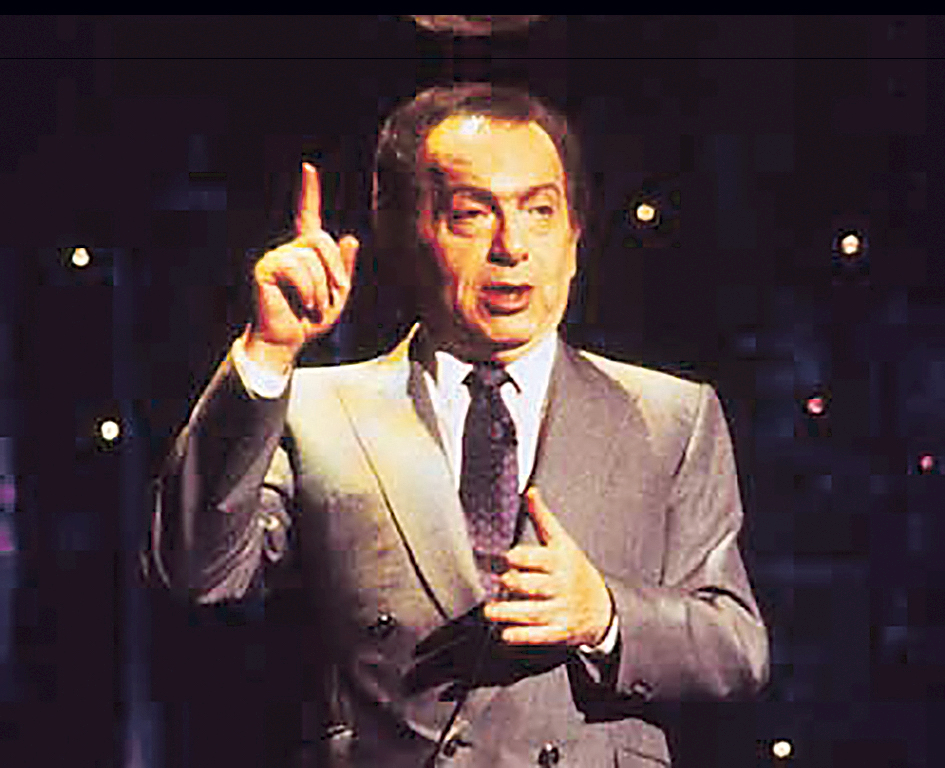 In the early 90s, I sat in Hampstead’s New End theatre as he tested out material on Brits to ascertain their ignorance about America.

When half the audience (some who knew him best or only as Krusty’s rabbi dad in The Simpsons) admitted they had not heard of hotelier Leona Helmsley, he pursed his lips and in best shetl saracasm said: “Now this, you should be ashamed about. I’m talkin’ to you. Do any of you know how far I’ve come?”

For a man who first delivered jokes from a bimah, he’d come far and that he was generous enough to be a Jewish News contributor and never moan about the edits will not be forgotten.

If heaven is anything like the Catskills, he’ll be headlining in no time alongside Carl Reiner and  Joan Rivers. Now that’s what you call a line-up.