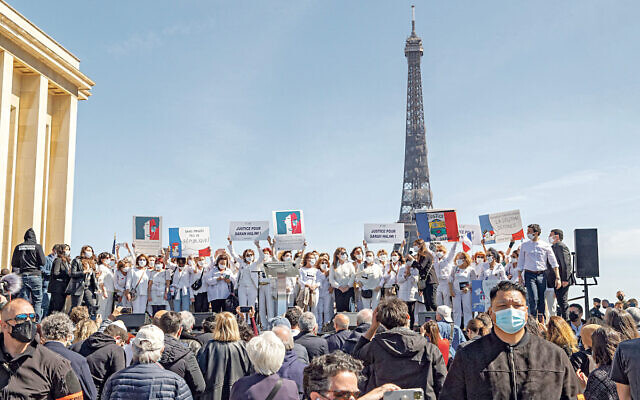 A rumble rose from the 20,000 Jewish protesters at the Place du Trocadero, then exploded into shrill screams.“I don’t even know whether to reassure you or cry out my fury,” boomed Joël Mergui, president of the Consistoire, the organ of French Jewry responsible for providing Orthodox religious services. “Yes, cry out your fury!”

French Jewish events are usually dignified affairs that often end with the singing of the Marseillaise, the French national anthem. But the rally last Sunday protesting the fate of the man who, in 2017, murdered his Jewish neighbour, Sarah Halimi – the largest Jewish gathering in France in at least a decade – was a rare show of raw emotion from a community that has questioned its future in France in recent years.

The protest, which had smaller offshoots in other cities, including London, Tel Aviv, Miami and the Hague, was triggered by the 14 April French high court ruling in the Halimi case.

Devout Muslim Kobili Traoré, then 27, entered Halimi’s flat and beat her while shouting about Allah. He then threw Halimi, a doctor in her 60s, out of the window to her death, having targeted her because she was Jewish, a lower court established. But federal judges determined the marijuana Traoré smoked before the killing had made him unfit for a trial. 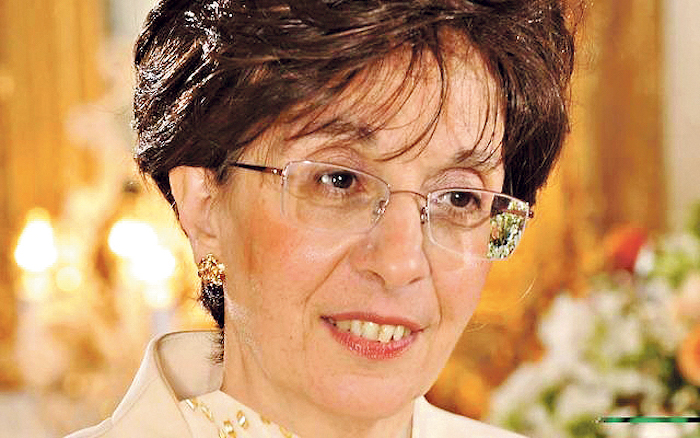 Many at the rally and beyond thought it was a final straw in the strained relationship between France’s Jews and its justice system, and in their tenuous position in a country known for its high rates of antisemitic incidents. Some protesters held signs reading “stupéfiant”, the French word for stupefying, which can also mean “drug”. Other carried banners reading “Two joints gets you high, 10 joints gets you free.” Signs reading “In France, the life of a Jewish woman is worth less than a dog’s” referenced another 2017 case in which a man threw a dog out a window and failed to convince judges he was completely under the influence of drugs.

“We’re reaching a grave point,” Mergui said. “A ruling that’s a watershed moment. A black stain on the confidence of French Jews in their country.”

Parisian student Allyana Levy, 20, who is a leader of a Jewish group in the Scouts movement, admitted she was unsure about her future in France. “Sometimes I think I’ll stay here; other times, like after the Sarah Halimi affair, I’m not so sure,” she said. “When I’m afraid to walk in the street because I’m a woman, because I’m Jewish, it’s difficult. My nieces in Israel feel safe at all hours of the night. So you start thinking what’s better.” 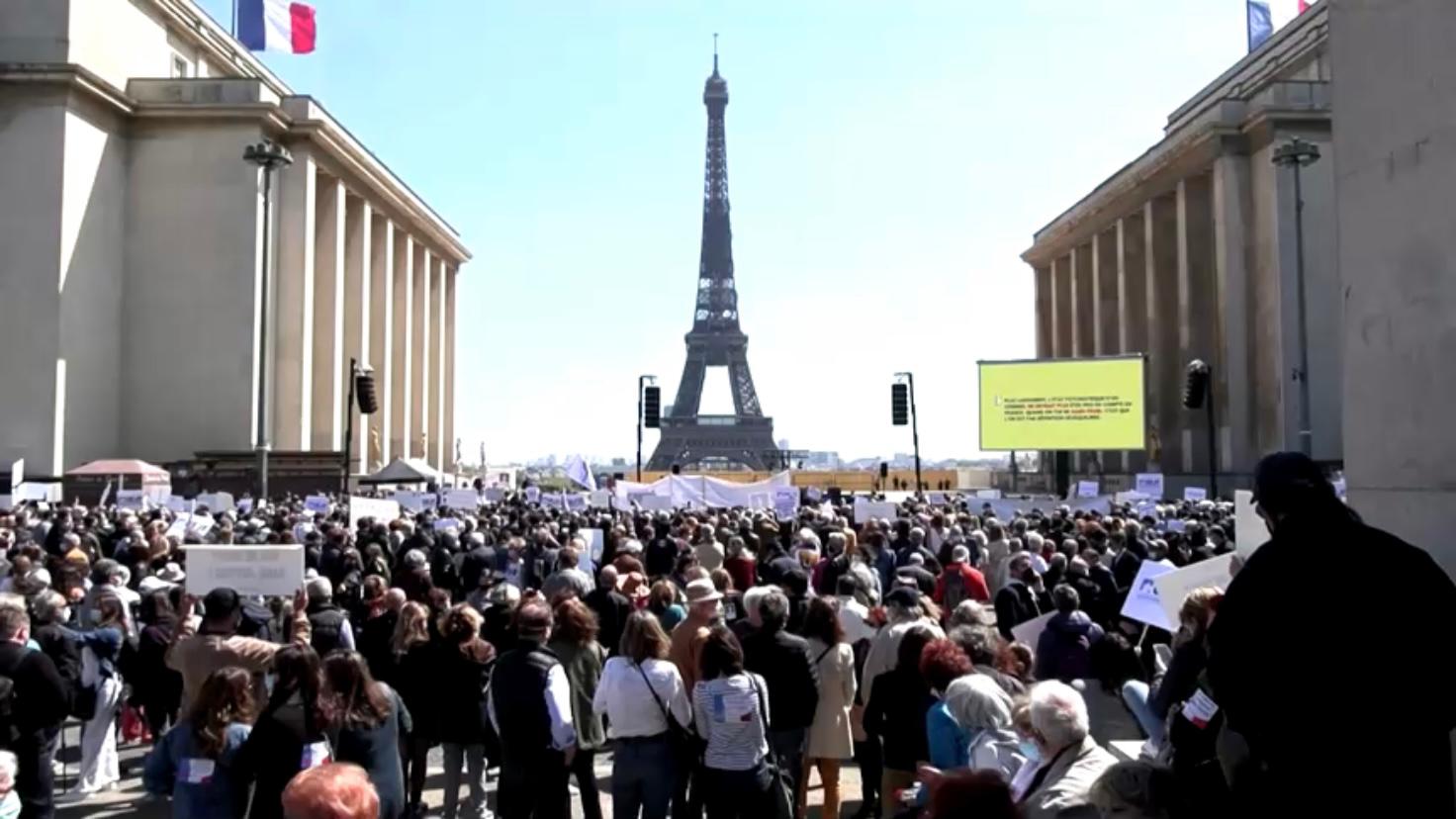 In Paris, thousands took to the streets to demand justice. (Photo: Reuters)

About 50,000 Jews have immigrated to Israel in the past decade, a massive and unprecedented departure from a community of about 449,000, according to a 2020 demographic survey.

The exodus coincided with a wave of terror attacks on Jewish institutions carried out by radicalised Islamists, beginning with the 2012 murder of four Jews at a Jewish school in Toulouse.

The Halimi case eroded confidence in France’s police after it emerged nine officers were present outside her apartment at the time of her slaying. According to some accounts, they were scrambling for 20 minutes to find her flat. Other accounts speak of an intentional delay outside her door. 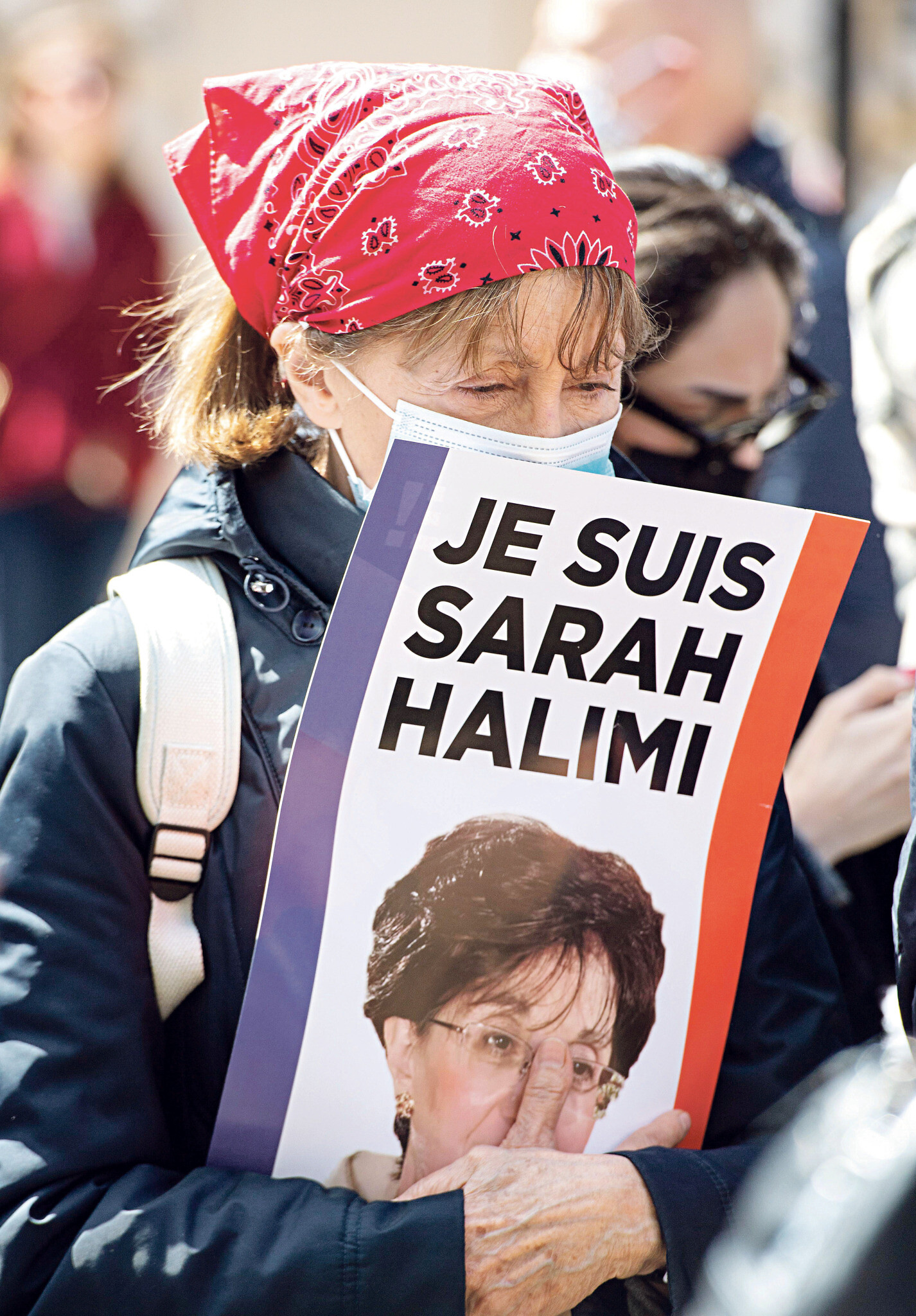 Protestors take part in a demonstration against antisemitism in France, outside the French Embassy in Knightsbridge, London, following a decision by FranceOs highest court to spare the killer of Sarah Halimi from trial because the alleged perpetrator was high on cannabis at the time of the crime. Picture date: Sunday April 25, 2021.

The National Bureau for Vigilance Against Anti-Semitism watchdog group has called for an internal inquiry into the policing situation but has been ignored.

Immediately after the high court’s ruling, French President Emmanuel Macron said he would advance a law to prevent the recurrence of assailants avoiding trial owing to drug use, but the pledge has done little to assuage concerns. Many French Jews believe the Halimi case was intentionally treated in the French media for weeks as a neighbourly dispute that took a tragic turn in order not to rock the boat for Macron, who was at the tail end of a presidential election campaign against far-right populist Marine Le Pen – known for her staunch anti-immigrant rhetoric.

“Imagine the killer had been white and he shouted ‘France to the French’ before throwing Sarah Halimi or an immigrant from Mali to her death under the influence of drugs,” Alain Finkielkraut, a well-known French-Jewish philosopher, told Le Figaro newspaper. “The media would sound the battle cry.”