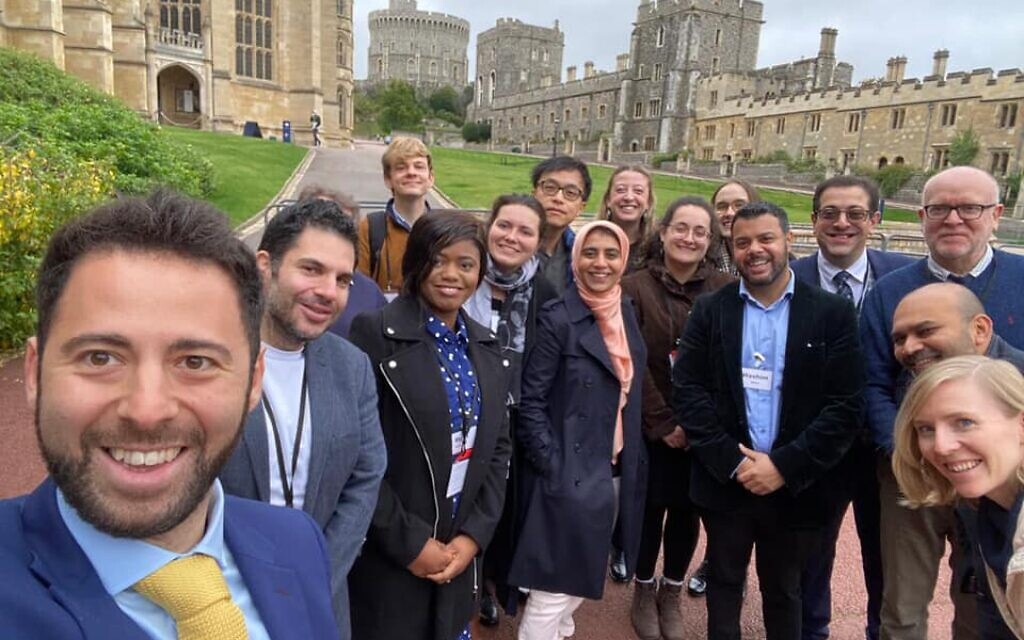 Participants and supporters of the project gather outside Windsor Castle

A stunning £70,000 was pledged to support inter-faith projects in a Dragons’ Den style-event at Windsor Castle last week.

The funding for the projects comes after a Jewish News-initiated collaboration with British Muslim TV, the Church Times and Coexist House named 21 people under 40 as young faith leaders in ‘21421’ two years ago, the world’s first inter-faith media collaboration of its kind.

With the backing of interfaith body Kaiciid who sponsored the event, the leaders stayed overnight at the Duke of Edinburgh-founded St. George’s House in the grounds of Windsor Castle and pitched projects to three generous Dragons who were ready to spend £10,000 of their own money to bring the projects to life.

But in the end, £70,000 in cash and in-kind marketing support was pledged.

Among the projects supported by the Dragons, Muddassar Ahmed, Dr Neil Harbury, and Christopher Kenna, was a mental health project which will train 40 young people and 20 faith leaders in mental health first aid training in Hertfordshire and Bedfordshire, and in Birmingham and the south Midlands.

The bid wowed the entrepreneurs after its proposers Joesphine Davidoff and Ryad Khodabocus were able to point to an already successful pilot of the initiative which had been featured on BBC News.

“If they get it right, it will make a real difference to the communities that they have identified,” said one of the Dragons involved in supporting the project, Neil Harbury, a geologist turned entrepreneur.

“But also, I think we all realise that mental health is a real issue that needs to be tackled. The concept is great.” 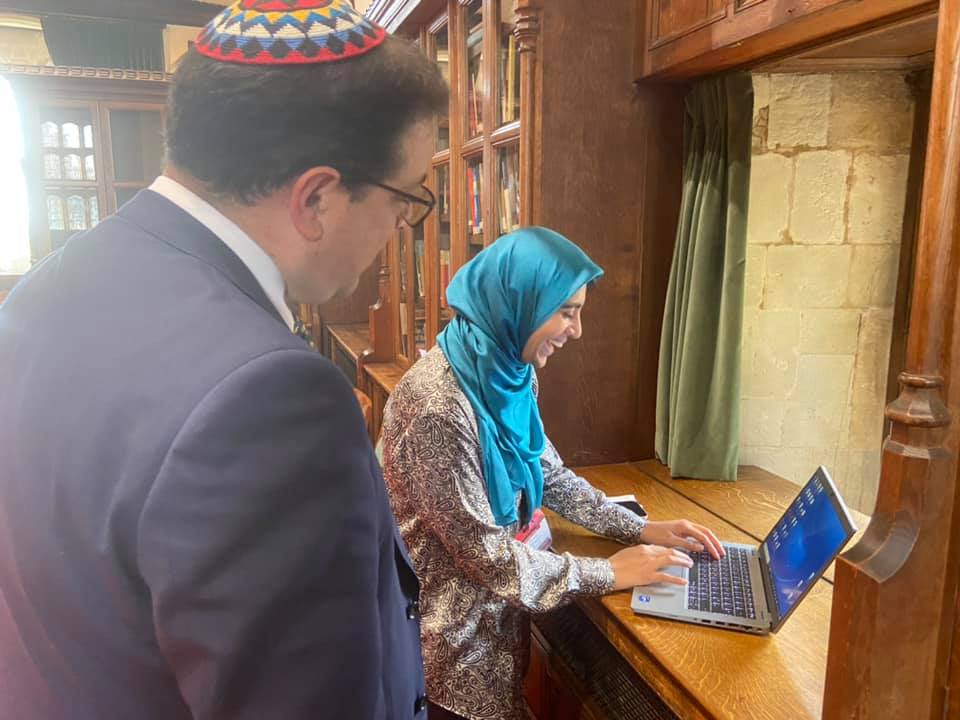 “It’s been amazing, I think they understood the urgency of it, it’s a no-brainer as a need for the community,” said Ryad, while team member Joesphine added: “I was thrilled to receive so much funding, and it was just really uplifting and inspiring to know that there’s a need and that there’s individuals to fund such a cause.”

A second project also funded at the event, called Hope Heroes, hoped to challenge harmful media stereotypes with a series of 21 children’s books about pioneering people of faith and diverse backgrounds.

Inspired by similar popular children’s books which challenge sexist stereotypes, the team pitched the books for children aged seven to eleven to tackle negative stories with positive ones.

“It has fantastic potential to help highlight contributions of people of faith to the community,” said Muddassar Ahmed, who leads Unitas Communications and was one of the Dragons.

“The more we can highlight the positive impact that people of our faith and other faiths have had on society, the better it is for everyone.” 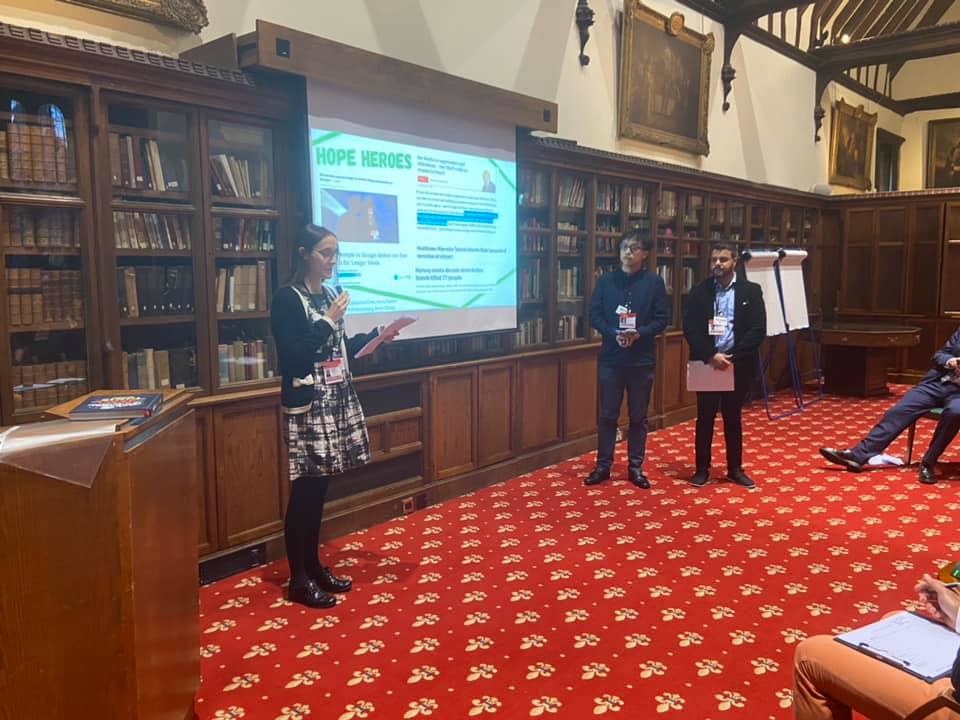 The team behind the bid, which included Katharine Crew, Dr Kevin Shang and Hashim Bhatti among others, said: “This was a fantastic experience! We look forward to working with the Dragons on next steps.”

A third project presented by Lauren Keiles and Sharon Booth, was roundly praised by the Dragons who pledged to use their networks to help the iniative, but did not raise enough funding this time around. It aimed to bring together a scheme of antiracism work in Year 9 school lessons to tackle the rise in antisemitism and Islamophobia.

The teams were then advised on how they could take their projects further in a session co-chaired by Andrew Gilbert, the chair of the 21421 selection panel.

Dragon Christopher Kenna said it was a pleasure to be involved in initiatives which all aimed to make the world a better place.

“It was an absolute pleasure to meet people pitching businesses with the sole aim of helping people across the spectrum of faith,” he said.

“I cannot wait to get involved both as an investor and hopefully as a mentor, to help these fantastic faith-based businesses flourish.”

The event was capped off with an exclusive tour of St George’s Chapel, where the wedding of the Duke and Duchess of Sussex took place, and a fireside talk with Dal Babu, the first chair of the National Association of Muslim Police, and Francis Davis, the first ever faith advisor to a Cabinet minister. 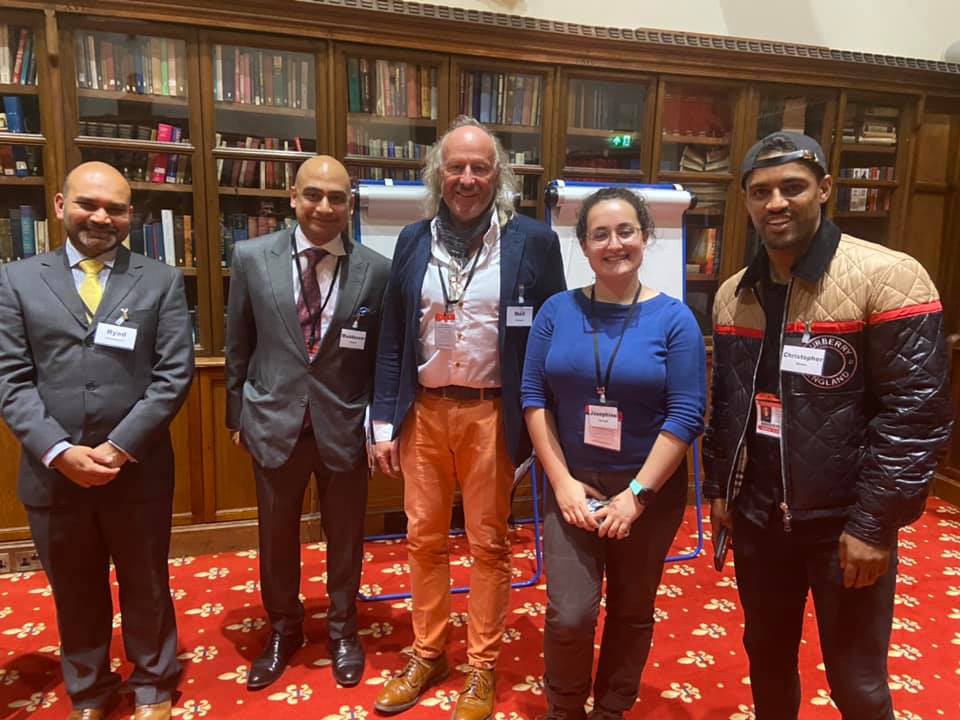 Rabbi Alex Goldberg, of the University of Surrey Religious Life and Belief Centre, was among those supporting the two-day initiative, saying he was very impressed with all the projects.

“To make real long-term change, you need allies, you need solidarity, and why not do it with other people of other faiths,” he said, explaining why initiatives bringing together people of different faiths are so important.

“Faiths have commonalities, and that’s a shared belief that we’re the custodians of this planet, a shared belief we need to look after the weakest in society, and that there should be a safety net for those who fall on hard times.”

Michael Wakelin, the executive chair of the Religion Media Centre and who project managed the Dragons’ Den event, said he was “convinced” that the best way to overcome misunderstandings between faiths is to build friendships.

“Every time you build a forum, a safe space, for people to build those friendships, it’s always going to be helping to make the world a better place.”

Talks are now ongoing for a second cohort, involving people of even more faiths, including non-Abrahamic faiths.