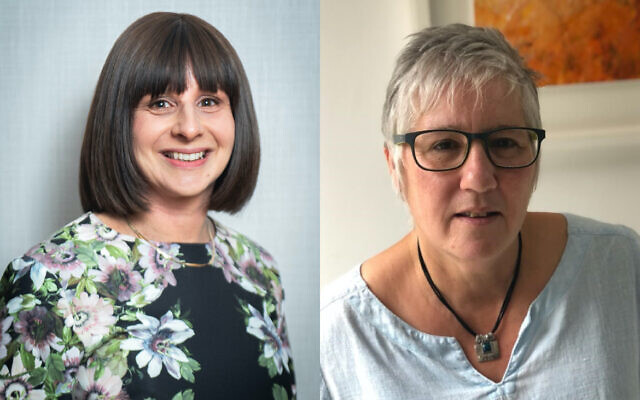 Jewish women stay in abusive relationships two years longer than the national average due to a fear of “bringing shame” on their families, a charity has warned, as figures showed a 62% spike in calls to its domestic violence helpline during the pandemic.

The charity said lockdown measures had been “used as an opportunity by perpetrators to abuse women”, as calls to its helpline rose to 285, an increase of 62%.Nationally, one in four women will be affected by domestic abuse, and there is no evidence to suggest the issue is more prevalent in Jewish communities.Calls and contacts logged by the National Domestic Abuse Helpline increased by 34% to 114,986 between April and December 2020, compared to the same period in 2019.

Naomi Dickson, chief executive of JWA and a trustee of Women’s Aid, told the PA news agency: “Women were telling us they were more likely to be experiencing physical abuse, there was more anxiety and they were very concerned about their children witnessing trauma.

“They just didn’t feel there was any escape.”

Ms Dickson said women worry about “bringing shame” on their families, so it takes them longer to reach out for help.

“Sometimes they’ll come to us and say, my husband is well known in the community, he gives a lot of money to charity or he got a community position nobody’s going to believe me, there is a real concern of not being believed,” she said.

Karen Lewis, client services manager at the JWA, said cultural expectations, and the perceived stigma of divorce, play a huge part in why women do not always reach out, with some clients in abusive marriages for as long as 60 years.

She said: “Irrespective of whatever their level of Jewish observance, there is an expectation, culturally, of, you get married, you procreate, you have children, that’s the perceived expectation in the Jewish community.”

One woman said her husband used the pandemic to isolate her from friends and family: “Whenever my parents came for Friday night dinner for Shabbat he was aggressive and made them feel uncomfortable so they stopped coming over.

“Then he made it difficult for me to visit them.

“During lockdown, he wasn’t working and when he felt low he put me down and made me feel bad about myself.

“I had to sleep on the children’s bedroom floor because I was terrified of his temper.

“The lack of school structure during lockdown meant that the children and I never got any respite from him.”

She later called the police when he became violent and he was removed from the house.

A JWA support worker helped her get an occupation order so she could remain in her home.

“She truly changed my life,” the woman said.

She has now received grants through the organisation to help her provide clothing and materials for school for her children.

Ms Dickson said religious support made a “huge difference”, and the JWA can refer women to a rabbinic panel, made up of rabbis and rebbetzins (Rabbi’s wives).

She said: “One woman said to me, one of the rabbis told her, ‘What you have got is not a Jewish marriage, you can walk away from it’.

“And for her that opened the door, it was life-changing.”

With women struggling to access counselling during lockdowns, as they could no longer guarantee privacy, JWA launched a web chat service, as well as began assessing clients over WhatsApp.

In Jewish law, a divorce, known as a Get, must be granted willingly by both spouses.

Ms Lewis said: “Jewish women who are experiencing this form of abuse, for the first time ever, can have it considered in the criminal courts.

“We’ve seen recent cases where just the threat of going to court has been enough for men to say OK, I’ll give you the Get after many years — we’re talking 10 to 15 years.”

She said she wants women to feel empowered to reach out to the JWA for support: “We have very high levels of confidentiality otherwise we couldn’t exist, because if there were any breaches within the community, people wouldn’t come to us.”

Ms Dickson added: “I want women to know that they are not alone and there is an organisation here which understands their way of life.

“We are here to support them.”

The JWA Domestic Abuse helpline can be contacted on 0808 801 0500 or more information is available at https://www.jwa.org.uk/.