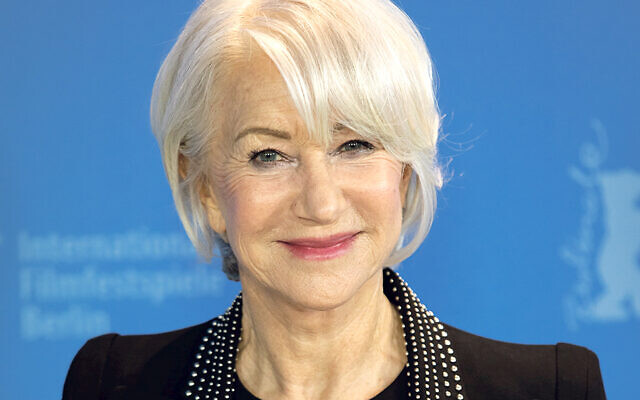 Helen Mirren, Neil Patrick Harris and Mila Kunis are among 200 leading lights of showbusiness who have signed an open letter supporting an Israeli film festival against boycott.

The festival, which includes Palestinian films, shines a spotlight on international lesbian, gay, bisexual, trans, queer and other voices.

Those who signed the letter say they “stand united” against “divisive rhetoric espoused by activists who seek to misinform, bully and intimidate artists into removing their films from the festival or shame them for participating” in it.

CCFP director Ari Ingel said activists had attempted to use “inflammatory language and make provocative statements, to try to bully film-makers into backing out.”

The intervention comes after a group of more than 130 names from the film world signed a pledge to boycott the festival last year, in what they called solidarity with Palestinian members of the LGBT+ community.

Other names signing the letter include Countdown host, Rachel Riley, actress Tracy-Ann Oberman and co-lead singer of KISS, Gene Simmons. The letter adds that “movies have the unique power to bring together Jews, Arabs, and people of all races, ethnicities, and back- grounds in collaboration under a shared love of the arts”.

However, a 10-day festival called Queer Cinema for Palestine (QCP) opens next month to celebrate “global queer realities and standing in solidarity with Palestinians”.

Organisers say it will host more than a dozen events across five continents and offers “a vibrant space using art and culture to oppose the ongoing violence of Israeli apartheid”.