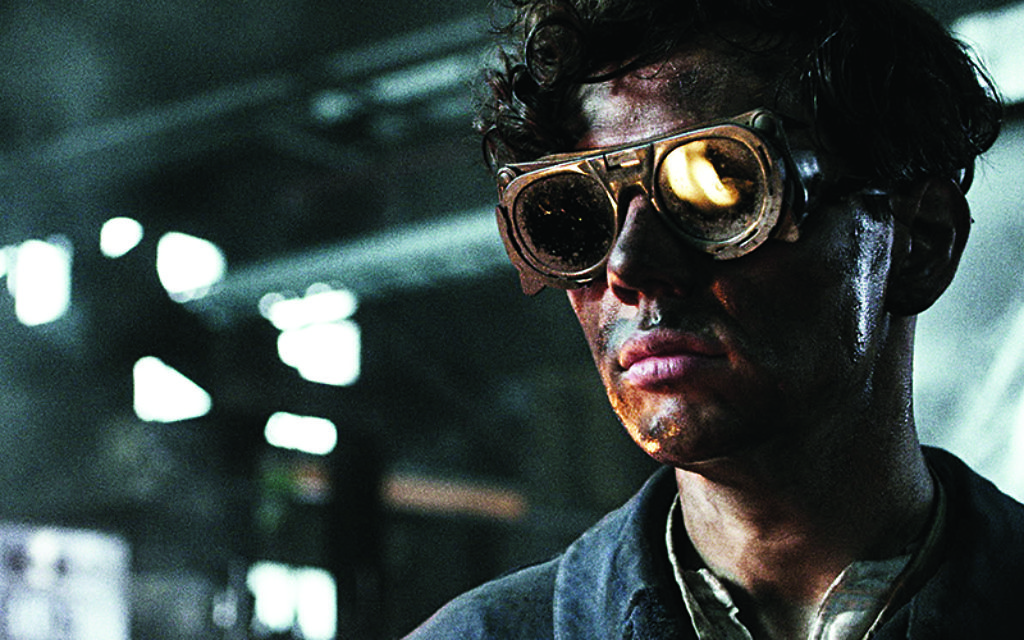 Suspense, violence, emotion, sex and torture: 13 Minutes has all the ingredients of a Hollywood movie. A heroic, young, idealistic protagonist, the odious villains interrogating him, and, interwoven into it all, an authentic, forbidden love story. What makes this doubly fascinating is that this storyline was not cooked up in the offices of a movie mogul or the mind of a creative screenwriter – this story really happened, and now, the forgotten tale of Georg Elser has finally been brought to life in one heartbreaking, dynamic and vivid thriller.

On 8 November 1939, Hitler was adored by millions of Germans. The war had just begun and no one could have foreseen the magnitude of the devastation it would wreak. No one, perhaps, but Georg Elser, a young, apolitical, musical carpenter from the countryside, who, all on his own, tried – and nearly succeeded – to kill the Führer by detonating a bomb he had secretly built himself.

Hitler unexpectedly left the Bürgerbräukeller, the scene of the attempted assassination, 13 minutes earlier than he was meant to, changing the course of history forever and leaving Elser to undergo horrendous torture at the hands of Reich Criminal Police Arthur Nebe and Gestapo head Heinrich Müller, who were determined to find out who had equipped him with such a bomb.

But the truth was the truth, no matter how many times Elser was beaten and humiliated. He had built the bomb himself, and had nearly succeeded in his mission. A simple joiner from the countryside, a ladies’ man, a flirtatious musician, had nearly killed the Führer, and no one, not even the mass-murdering Nazi henchmen tasked with torturing him, could quite believe it.

While resistance fighters, such as the Scholl siblings (Hans and Sophie) and Claus von Stauffenberg, are well-known, why is Elser so relatively ignored? According to the film’s director, Oliver Hirschbiegel, it is because so many painted pictures of conspiracy theories that portray Elser as a strange, secretive loner, influenced by calculating forces or hired by ominous, outside parties.

“There were several conspiracy theories,” Hirschbiegel says. “They claimed Elser was a) a henchman of enemy intelligence services and thus a traitor of his own people or b) hired by the Nazis to execute the assault, so that Hitler could be celebrated as immortal.

“On top of that, the thought that such a small craftsman from the Swabia countryside was the only one to realise what was happening in Germany, and acting against it – that is shameful,” he adds. “Of course, that awakens the reflex to sweep this story under the carpet. So it’s high time to bring this to the big screen.”

The scenes of torture, so graphic and disturbing as they are, expertly sit alongside idyllic scenes of music, of flirtation, of relaxation, and of Elser being the ladies’ man he was in reality. There are peaceful scenes of kisses by rivers, dances at local bars, charming words of intimacy, but once you are witnessing a bloody torture scene, there is nothing to do but stare at the screen in horror.

Hirschbiegel says he was keen for the torture scenes to evoke a feeling of bleakness. “To create an atmosphere of hopelessness, I never moved the camera during the interrogations,” he says. “There are no panning or tracking shots, the takes are static, the images seem like walled in… naturally this could only work, because I had such tremendous actors at my disposal.”

It is true that the actors are phenomenal, particularly the lead, Christian Friedel, who makes every scene frighteningly authentic with his rare blend of charisma, courage and emotion. Johann von Bülow is perfect as the cold, brutal Müller, while Burghart Klaußner portrays the more complex, conflicted Nebe, who is eventually executed by the Nazis for supposedly helping von Stauffenberg attempt to assassinate Hitler.

There are Elser’s struggles with his drunk father, the story of how he met Elsa, the love of his life. You see his personal courage as he asks the Nazis in his quiet hometown just why they are embarrassing a woman who has dared to date a Jew, making her sit with a placard while the village laughs at her. You watch him bravely crack jokes at the Nazi interrogators’ expense; then, devastated, expresses real regret for the people he inadvertently killed while attempting to assassinate the Führer.

Hirschbiegel does not create a perfect hero – Elser is a real person, with real quirks. “Elser is not a politically organised man after all, but simply a free spirit, who believes in individuality and self-determination,” he says. “Today, we might even call him a hippie. He feels an energy that he regards as destructive – a system controlling everything, believing in violence and suppression of any individuality or creativity. This goes totally against his grain. And he senses a strong inner urge, to stand up against this system.

“Amazing, for a simple joiner from the countryside,” he adds. “I think, not a day goes by where he isn’t moved in his heart by the thought of people going to die if his plan works out.”

Go and see this film, and pinch yourself continuously to remind yourself that this is no fiction. Everything is based on documented notes, copious evidence, genuine records. It is hard to believe that just a few decades ago, someone called Georg Elser really existed, and foresaw the devastation of the Third Reich. It is hard to imagine what the world would be now, had Hitler stayed in the Bürgerbräukeller for 13 more minutes.